Yael Mer and Shay Alkalay are the designers behind the scenes of the acclaimed Raw Edges Design Studio from London, bringing creativity and innovation to the international design scene.

Their designs may look familiar to you, and it's no surprise - even if you haven't yet heard their names, it's very likely that you've seen one of their many products in international expos and magazines, or even in top design stores. Raw Edges design studio, the creators of 'Islands' – a new collaboration with Caesarstone - have managed to do the impossible by creating a prestigious body of work in their eight years of existence. They have designed for Cappellini, Established & Sons, Moroso, Kvadrat, Stella McCartney, Arco, Mutina, Lema and more, and their many works have been showcased in museums and exhibited in expos in Milan, London, Paris and New York. 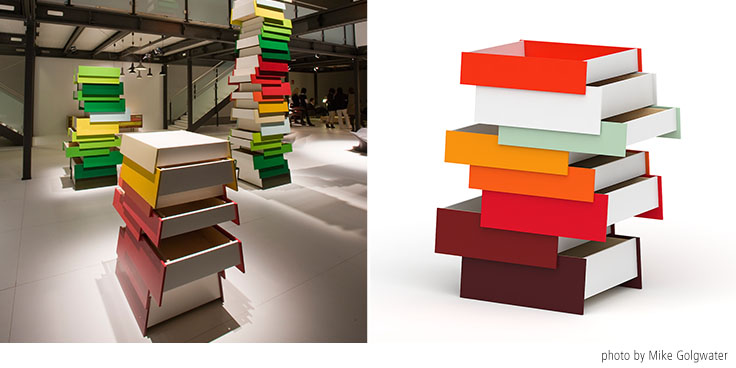 In 2007, one of their well-known products, Stacks, was exhibited in the London Design Week. The design, an unconventional asymmetrical chest of drawers, drew the attention of the owner of Established & Sons, and a few months later, Mer and Alkalay found themselves exhibiting the design in the heart of the Milan Design Week (2008), receiving exceptional media coverage and international attention. 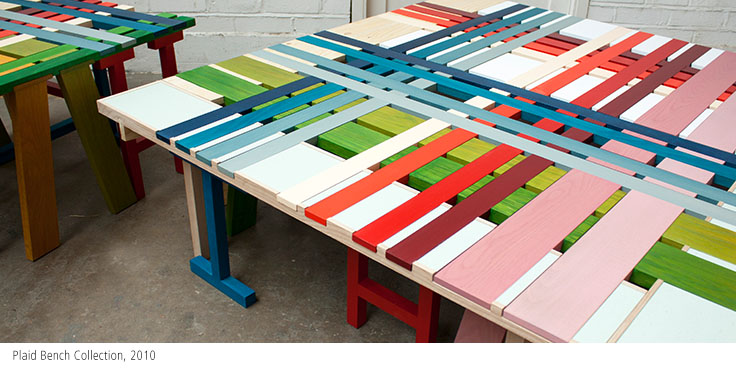 But their mutual history begins earlier on: Raw Edges is a collaboration between Mer and Alkalay that started after many years of sharing life, thoughts and ideas. They met while studying together in the Bezalel Academy of Arts and Design in Jerusalem, after which they studied MAs at the Royal College of Arts in London. At this point, the decision to work together came naturally to them.

Their work incorporates advanced technology, giving them the freedom to turn two-dimensional sheet materials into curvaceous functional forms, and to move objects around, making them react to the different spaces. The results are playful yet minimalistic installations, bringing a unique voice to the design scene. 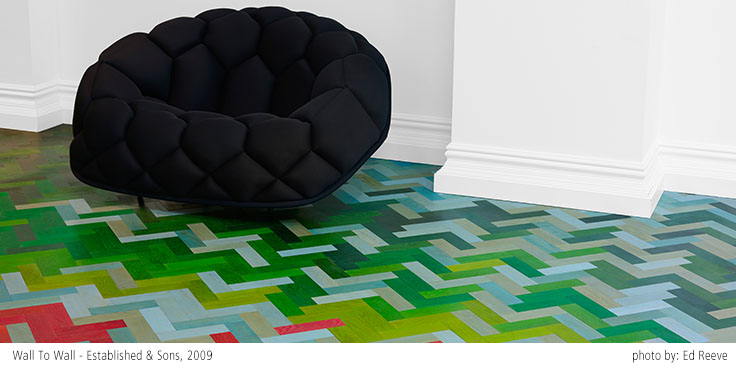 Their fascination with colors and quirky shapes can be seen in their many works, such as the Plaid Bench Collection (created for the London Design Festival, 2010) and their design of Stella McCartney’s floors in her stores, revealing an amalgamation of patterns and colors made of painted wood blocks. A recent installation at the Stockholm Design Week for Danish textile manufacturer Kvadrat had been arranged with hundreds of fabric ribbons around the edge of their display.

'Islands' is yet another link in the chain of Raw Edges' surprising yet functional creations, offering a new outlook on interior design, specifically of the kitchen, by using Caesarstone surfaces as a key element in the heart of the home; Cabinets, apparatus and storage areas, traditionally resting on top and around the surface in the kitchen, have organically assimilated into newly assigned designation spaces in 'Islands'. The interactive installation, focusing on the many pleasures of wining and dining, will be exhibited at the Milan Design Week, April 8-13, 2014.