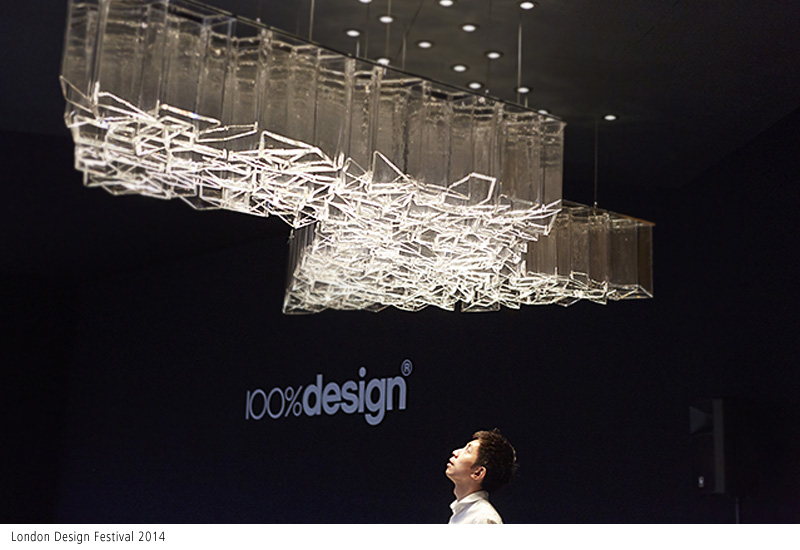 London was bustling for over a month this autumn; The London Fashion Week kick started the festivities, and was followed by the London Design Festival, which celebrated 20 years of the exhibition 100% Design. We've picked the most prominent design trends exhibited there.

100% Design exhibition, visited by thousands of architects and designers annually, celebrated its 20th anniversary this year, with international designers form Argentina, France, Lithuania, China and Pakistan, who presented the hottest trends in interior design, ecological design and materials, and kitchen and bathroom design. 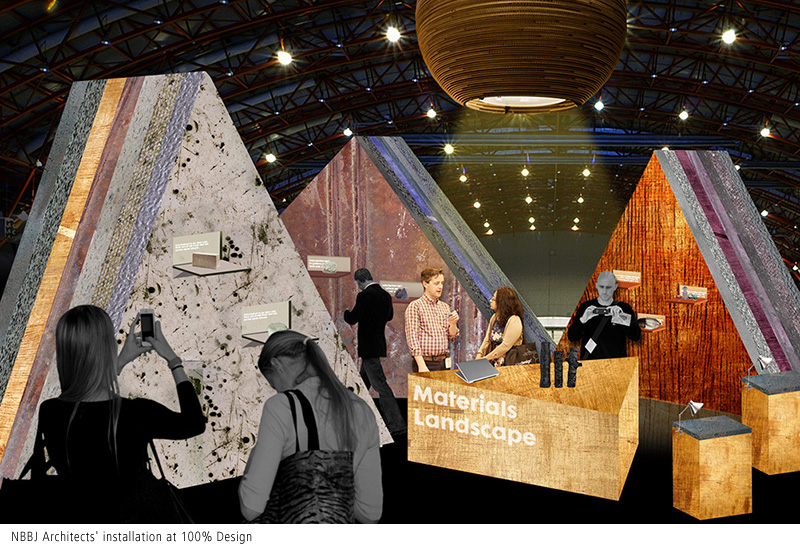 This year's central installation was designed by NBBJ Architects, an international architecture and design studio, known for designing some of the most innovative projects for Google, Amazon and Samsung among others. "We don't perceive the office as a workplace, but rather as a meeting point for employees to share ideas and inspire each other," says CEO David Lewis. "We want to create spaces that are responsive to people, and allow a natural flow, encouraging casual encounters." 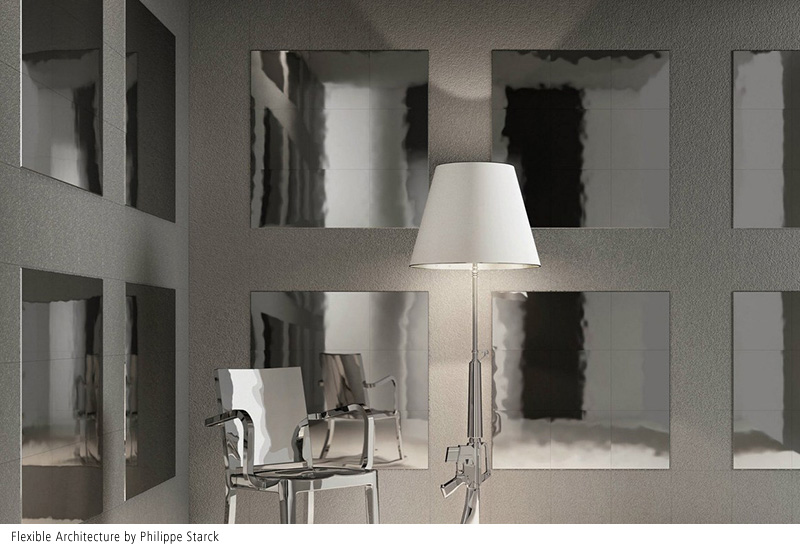 In home design, Philippe Starck presented Flexible Architecture - a new collection of tiles for Ceramica Sant’Agostino, compiled of three dimensional tiles that defy the tile's traditional role of a flat and decorative element. These tiles are modular and open new possibilities design within the architectural formation. 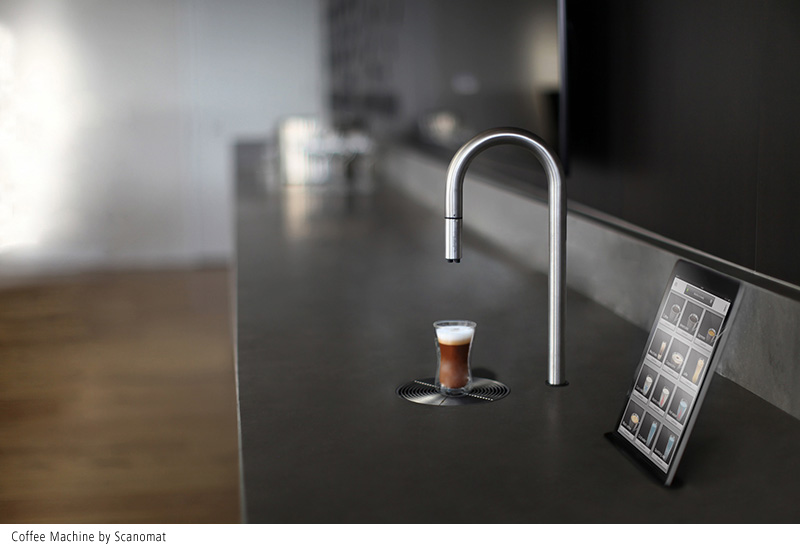 The Swedish studio Scanomat presented the first minimally designed domestic coffee machine controlled by Apple devices, allowing each resident of the house to save their precise coffee preferences - strength, sweetness and amount of milk - on their iPhone. 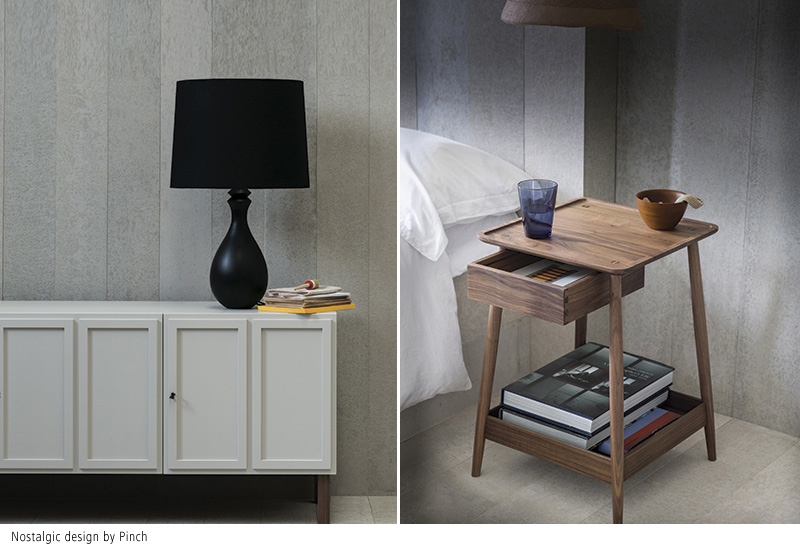 Alongside these new gadgets, a renewed use of well-known design trends has marked a return to the comforting past: British design agency Pinch designed the sculptural Derome Bulb, a tribute to the nostalgic bedside lamp; and Harlosh, a bedside cupboard inspired by a fifty's look. BuzziSpace also presented a contemporary design of the picnic table, setting it in an interior home environment. 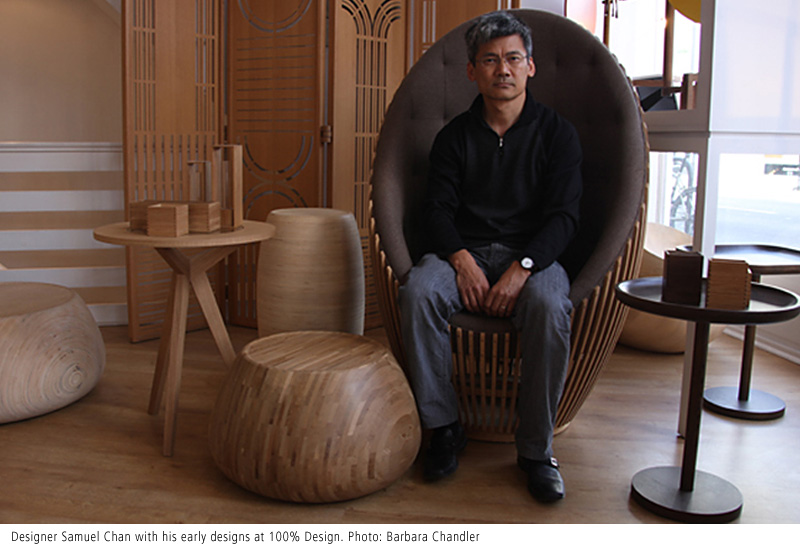 To celebrate the exhibition's 20th anniversary, photographer and journalist Barbara Chandler presented Vision 20 20 - 20 portraits of designers alongside pieces they designed for 100% Design throughout the years. The photographs reflect the success of designers such as Simon Pengelly, Michael Marriott, Samuel Chan and others, highlighting the 100% Design's key role in the growth of the design industry since its very beginning.