Milan Design Week – the pinnacle event of the design world, taking place April 17-22 – attracts thousands of designers, architects and design enthusiasts from around the world every year.

This is the sixth consecutive year that Caesarstone has exhibited at Milan Design Week, the summit event of the design world. This year Caesarstone is returning to Milan’s Fuorisalone, to unveil “Altered States” – an installation designed by the New York-based collaborative practice Snarkitecture.

Showcased at the faded grandeur of Palazzo dell’Ufficio Elettorale di Porta Romana, open to the public for the first time during Milan Design Week, the installation guides visitors through an immersive experience of a conceptual kitchen island. At the centre of the space, a large circular kitchen island, made of Caesarstone, explores the changing states of water, ice, liquid and steam. Caesarstone surfaces are used in layers, referencing natural topography as a metaphor for nature.

Surrounding the main “arena” is an amphitheatre of over 250 Caesarstone and metal mesh pedestals using three different Caesarstone colours from the new industrial collection, Metropolitan, creating a white to grey, monochromatic gradient, rising to emulate the appearance of a natural landscape.

In the past five years, Caesarstone's installations were included in the prestigious list of must-see sites at the Milan Design Week, published by international design magazines such as Dezeen and Wallpaper, and prominent newspapers such as the New York Times and the British Telegraph.

For those of you who are planning to visit Milan Design Week 2018, we have gathered for you the 10 top “do not miss” events, in addition to the groundbreaking collaboration between Caesarstone and Snarkitecture. 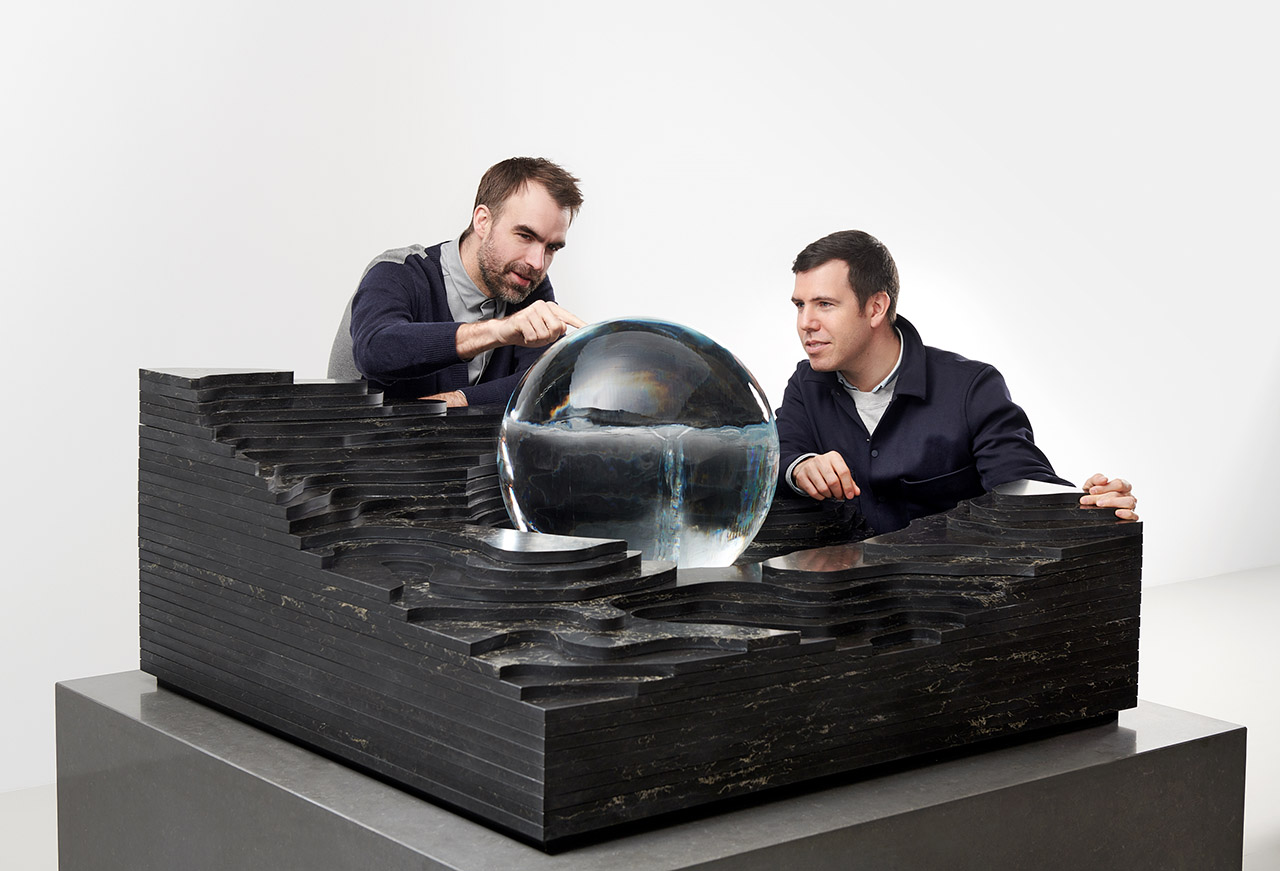 The installation, a collaboration between Caesarstone and Snarkitecture, examines the role of the island in the modern kitchen and is inspired by the altering states of water, both in the kitchen and in nature.

The COS fashion brand, which in the past has collaborated with Snarkitecture, will present a large sculptural installation by the American artist Philip K. Smith III, which is inspired by Italian Renaissance architecture and the Milan sky. The installation is characterized by ever-changing spatial and temporal elements, enabling each visitor to enjoy an entirely personal experience. 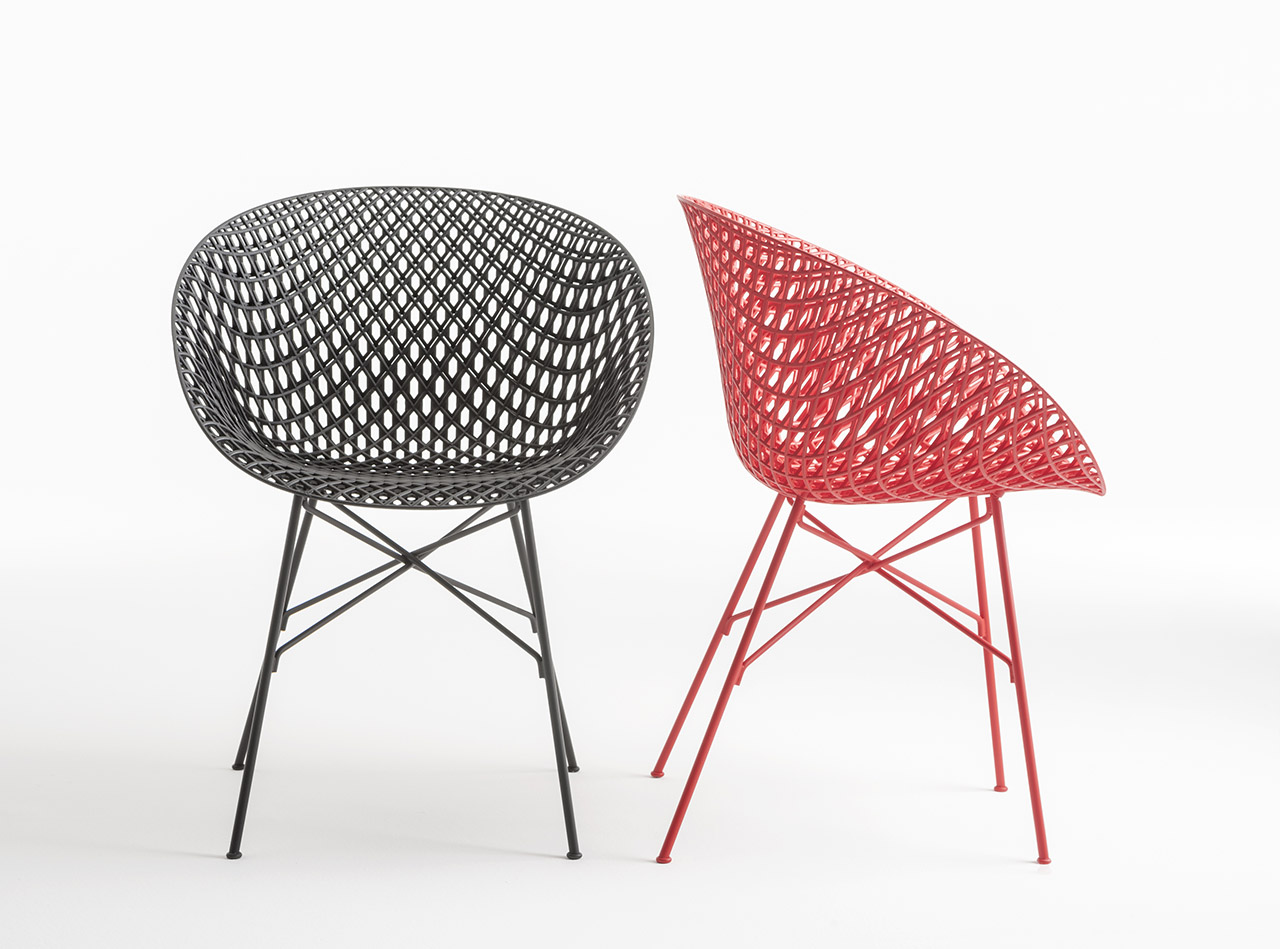 Eurocucina, now into its 22nd  edition, is a biennial exhibition of kitchen and bathroom design held at the Milan Fairs Center. The event will include exhibitions by more than 120 companies, all focusing on the technology implemented in the kitchen of the future. At the same time, leading design brands are expected to launch their new designs in the Salone del Mobile furniture fair, including new furniture designed by Philippe Starck and Tokujin Yoshioka for the Kartell Company.

The exhibition space of the fashion brand Krizia will host Raw Edges Studio (Yael Mer and Shay Alkalay), who studied the concept of satisfaction. The two will present an installation composed of 30 lamps made by cast glass, inspired by the “Horah” - the popular folk dance of Israeli origin. 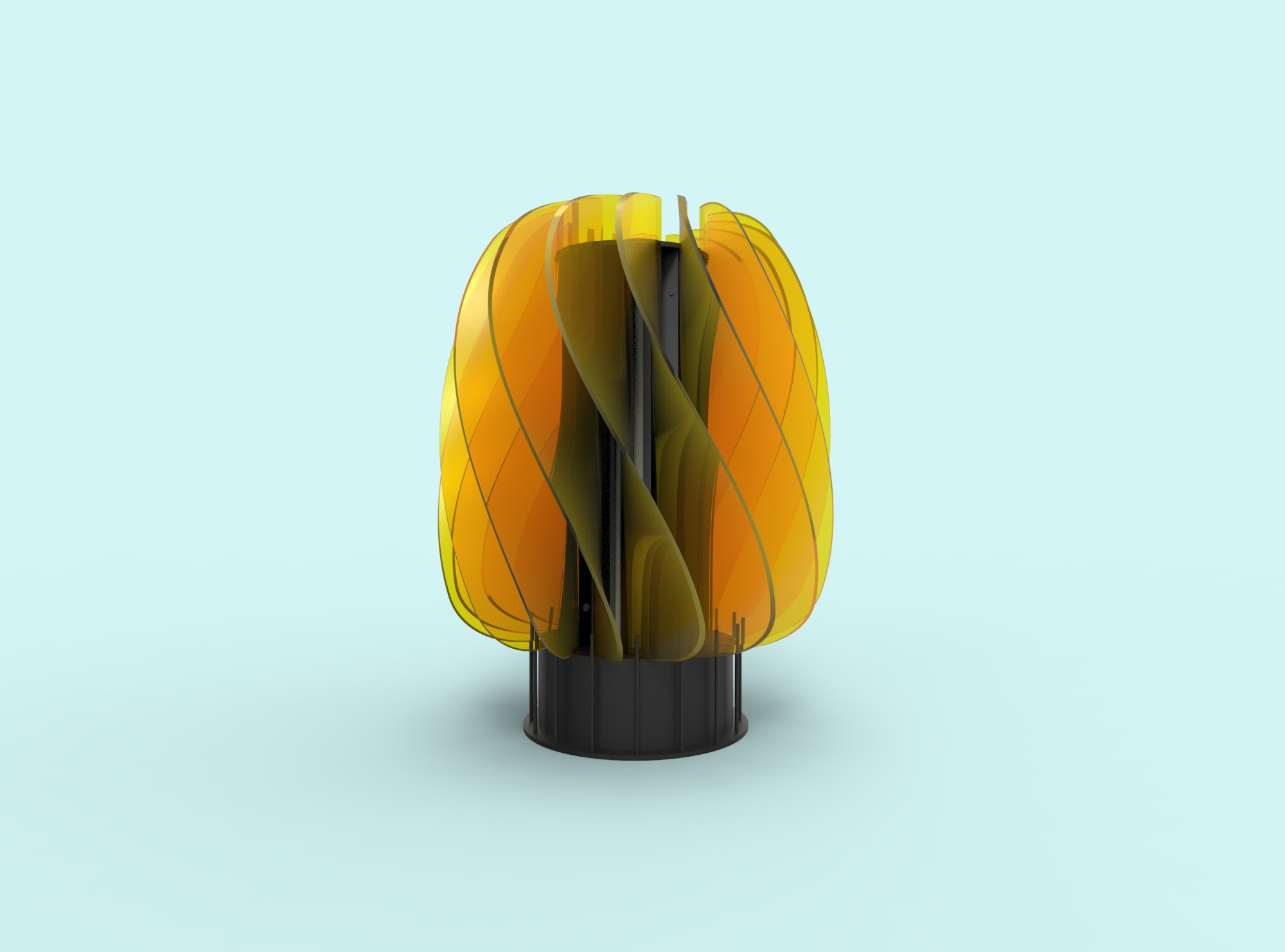 Vitra will present an exhibition curated by designer Robert Stadler in a space formerly used as a gymnasium. The exhibition is an assembly of iconic, forgotten and new Vitra projects, products and designs. Visitors are invited to discover new connections between the artifacts, along with narrative threads and possible interpretations of the company’s history.

At the Superstudio, Studio Nendo will present 10 different collaborations with Japanese manufacturers using unique materials and advanced techniques, all under one theme - Movement. The exhibition will showcase the models and mockups of each project alongside its final products, sharing with the visitors the manufacturing aspect as well as Nendo’s creative design process for each of the projects. 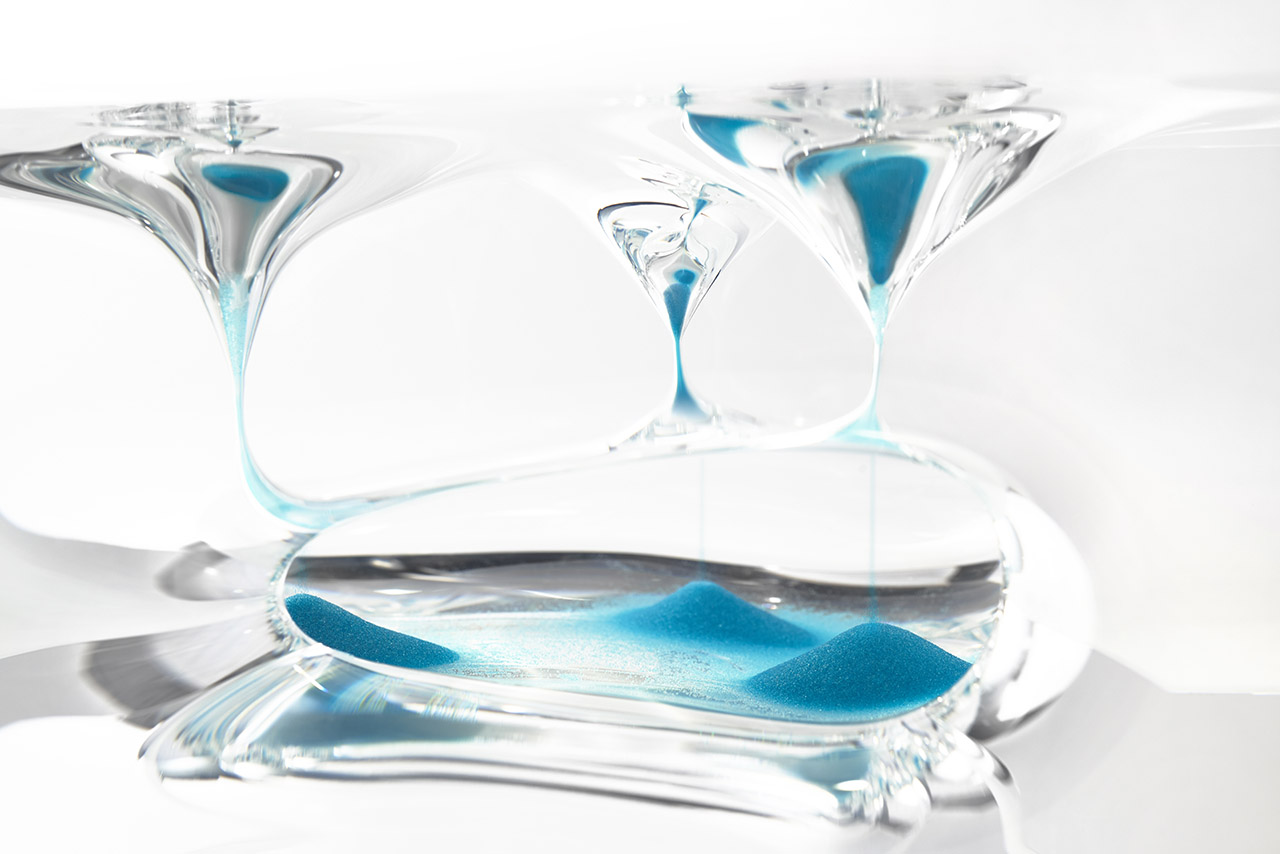 No visit to Milan Design Week is complete without visiting Rossana Orlandi’s courtyard, one of the world’s leading contemporary design galleries, which during Design Week becomes a wonderland. Among the new collections to be exhibited this year are the monochrome montage of the young Dutch brand NLXL Wallpapers with designs by Piet Hein Eek, Nacho Karbonell, Piet Boon, Merci Paris and more. 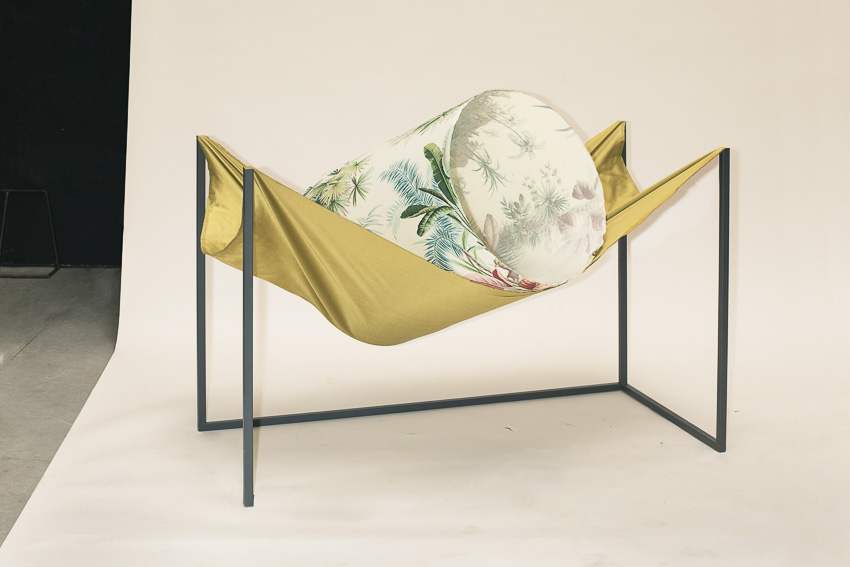 After launching a new compound last year, Ventura Centrale returns to the industrial hangars under the Milan railway station with nine unique projects by the American architect David Rockwell, the trendsetter Li Edelkoort and Fabrica communication research center, part of the Benetton Group.

Wallpaper Magazine will hold its 9th Handmade exhibition. This year the central theme will be mental and corporeal wellbeing. The exhibition will present items from the fields of furniture, fashion and food, all created especially for it by designers, artists, manufacturers, craftsmen and craftswomen, with a special emphasis on handwork. 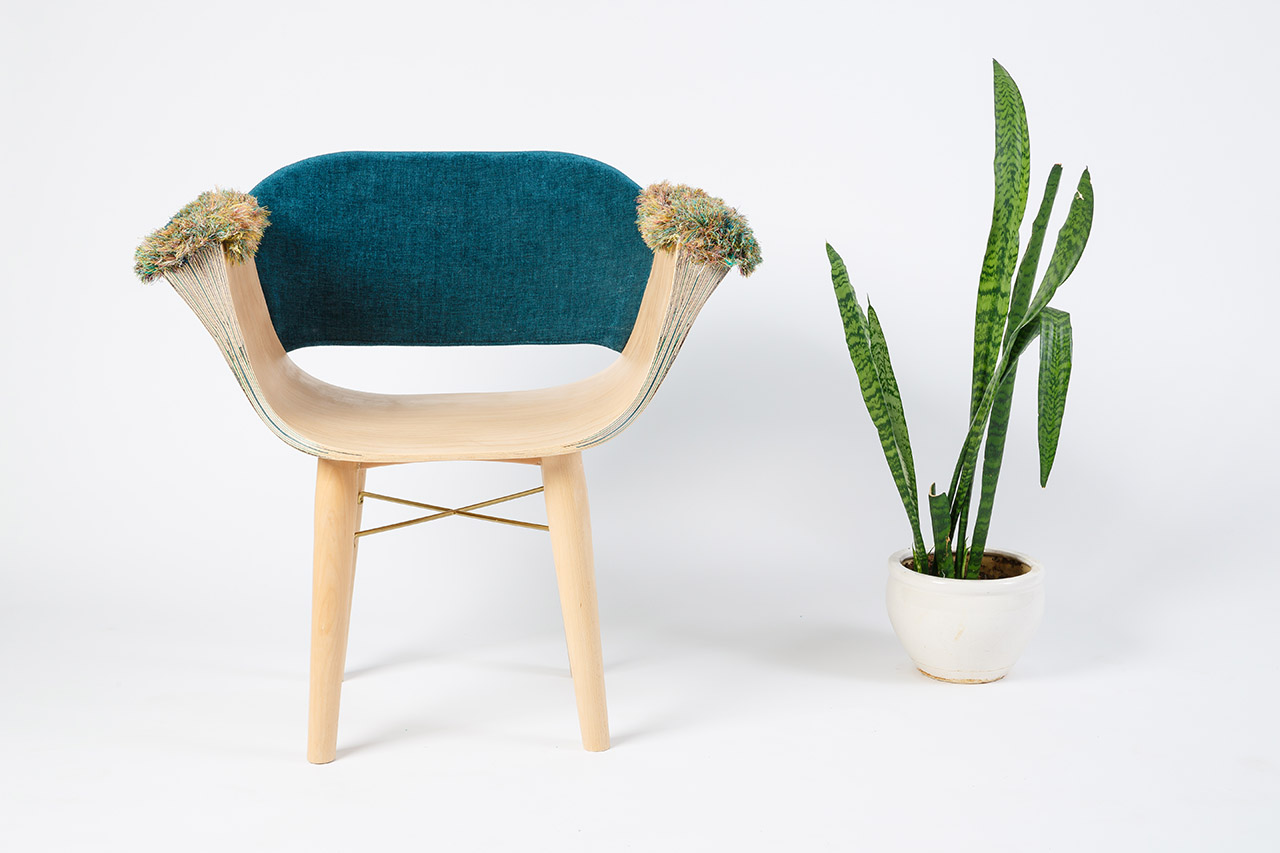 The car manufacturer Lexus will arrive in Milan for the 11th time with an award-winning exhibition featuring young designers from all around the world. The theme of the exhibition is the notion of “Co-“, as in cooperation, collaboration and coexistence. The exhibition, which will be held at the Milan Museum of Science and Technology, is based on the belief that design can transform the ordinary into the extraordinary.

The Dutch company Moooi will again hold a spectacular display in its 1,700m2 exhibition hall under the theme “The Museum of Extinct Animals”, featuring textures, shapes and patterns merging harmoniously in exotic islands, celebrating the diversity of nature and bringing the essence of some mysterious creatures back to life.

<< Back to Caesarstone in Milan Design Week 2018