Cooking up a storm - Trends by Li Edelkoort

Trending trendsetter Li Edelkoort predicts that in the future our kitchens would be of much darker shades and that our houses would look pinker, and explains how the vacations we spend in hotel rooms reflect on the design of our bedrooms and the number of kitchens in the house.

Since taking office, President Donald Trump has been making headlines at a pace that is hard to follow. According to trend forecaster Li Edelkoort, the impact of his statements is not limited to matters such as security, economics or human rights, but also - surprisingly – to the introduction of the black color into our bathrooms and kitchens. 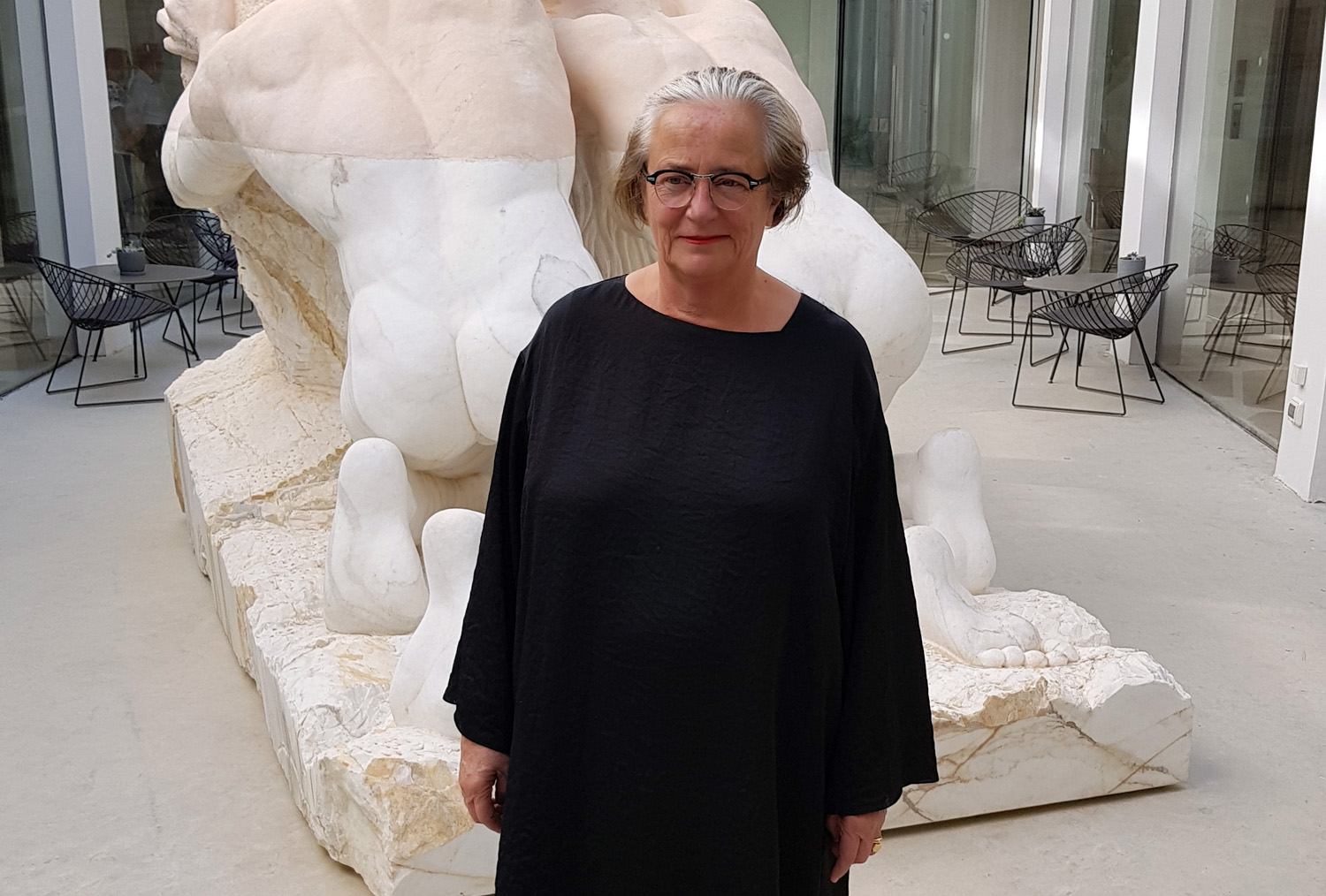 Last month, Edelcoort visited Israel and spoke to the Caesarstone Design Forum at the Alma Hotel about future trends in the design world. Inspired by the ongoing worldwide social and political processes, she divided the future into two complementary yet opposite trends: One is the "Search for Light" and the other "In praise of Shadows".

Their growing popularity, she explains among other things, is a natural response to the political and social reality where high profile conflicts between leaders of global powers, such as Trump and Kim Jong, jeopardize human existence. The excess of information and excess consumption - "Too much of Every Thing" - push "people to look for a refuge inside their houses. The way we use the house changes”, she says. "The house becomes the place where you can take care of yourself, heal your soul, and find relief from the daily tension”.

According to Edelkoort, the search for quiet is characterized by the use of brighter colors, not necessarily white, "colors that are almost invisible, non- colors”. Another expression she uses in this context is "nesting”, which is expressed in piles of kitchenware. "Suddenly everyone wants to make piles of cups and bowls”, she says with a smile. "Use a lot of blankets, and suddenly there are many artists who design spoons. I do not know why, maybe they wish to spoon with each other.” 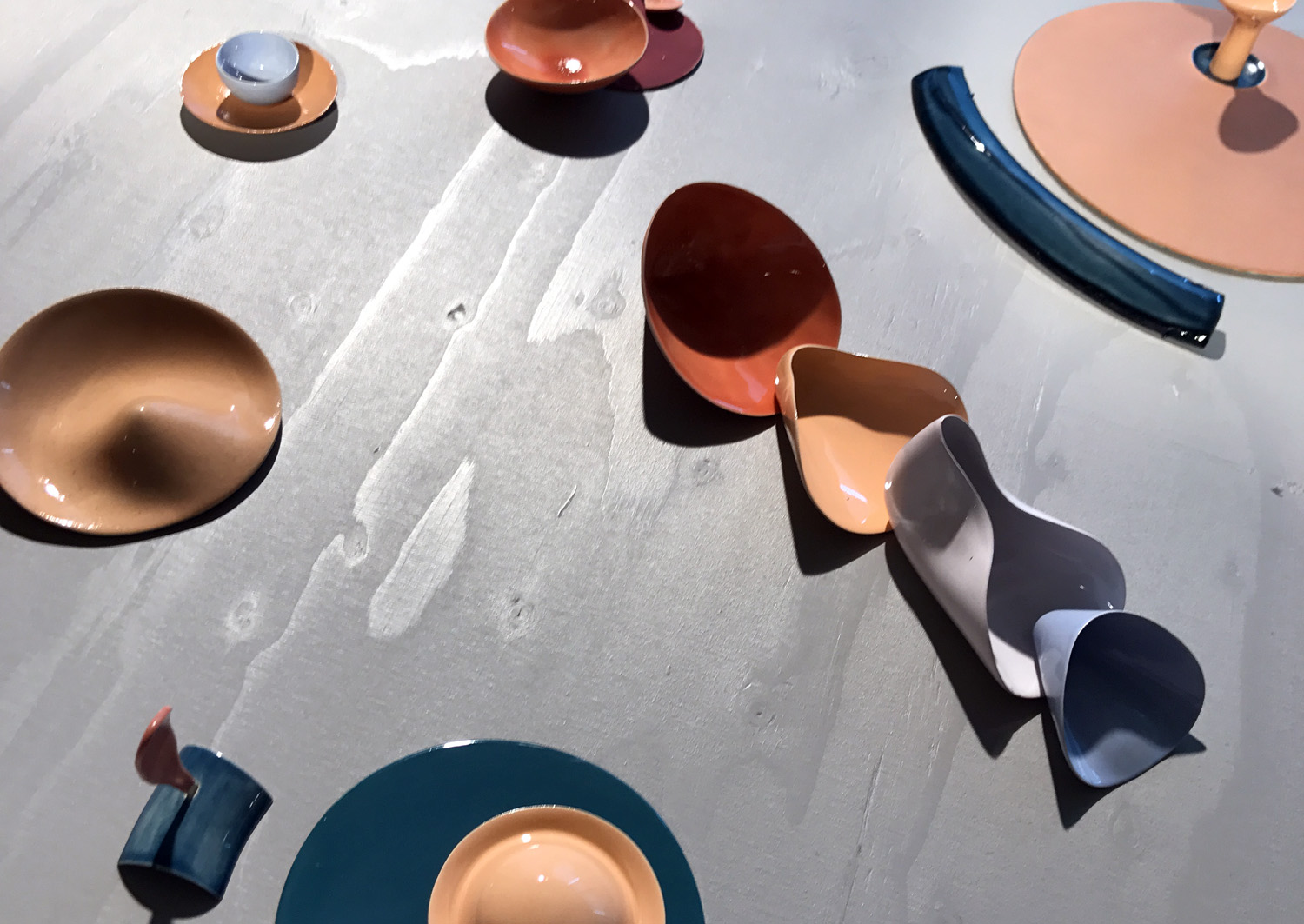 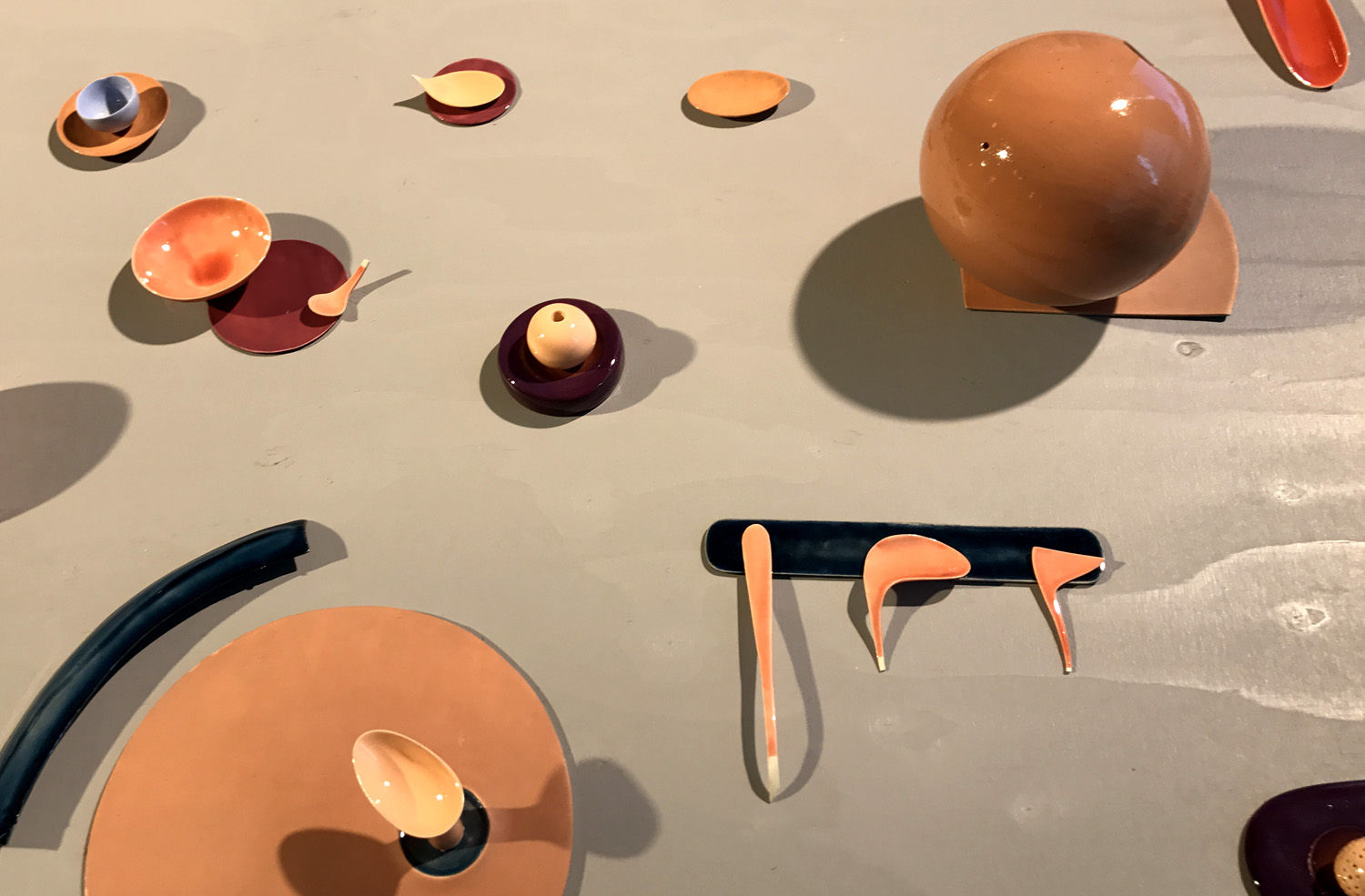 In addition, she notes, while the living rooms become brighter - the bathrooms and the kitchens get darker shades, in contrast to the past when these rooms used to be mostly white and bright in order to transmit cleanliness. “Cooking up a storm”, she names this trend in context of the kitchen, which is inspired, among other things, by primitive elements and primitive motifs, tribal and shamanic, "as in the very beginning”.

"We see it's all stained: the marble, the ceramics, the metal, the wood, the towels. It is a color that takes inspiration from the carbon fiber, from materials that come naturally from fire, from dust, as if the world was burned. Even the interior of the drawers is dark, also the ceramics, and as a result, the showers also become darker. It's spectacular: it's a new way of looking at beauty, a culture that does not look to imitate nature but only to be inspired by it”. 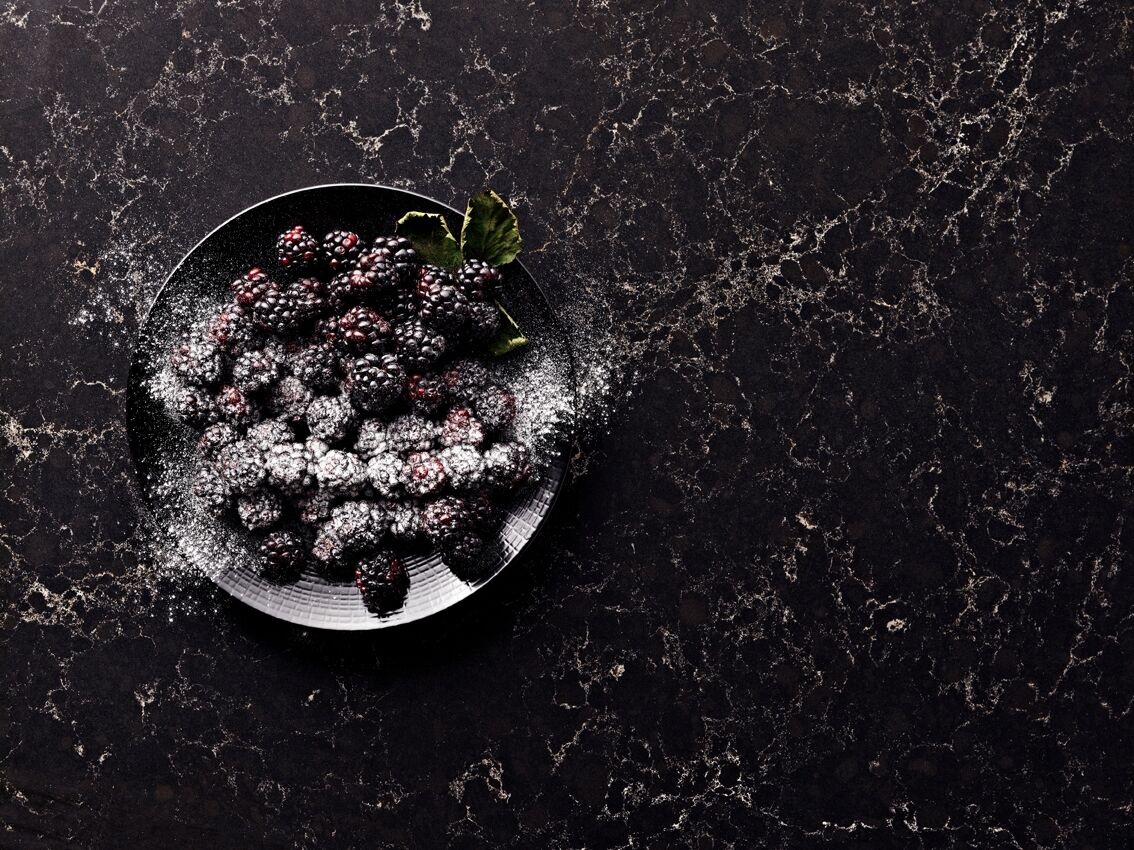 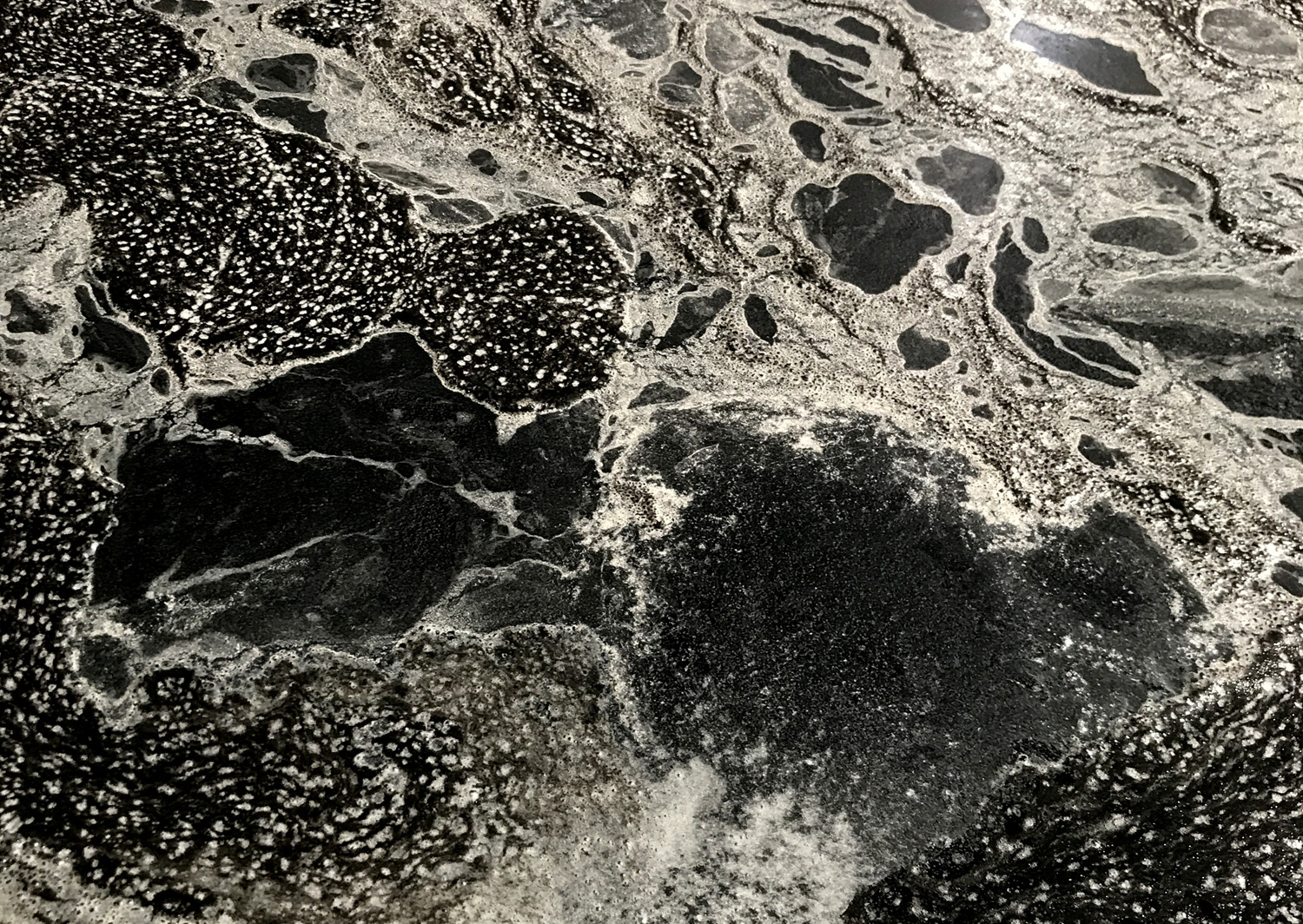 Born in 1950, Edelkoort is one of the most influential trends forecaster in the world for fashion, textiles and lifestyle. She was born in the Netherlands and now lives between Paris, where she has been working in recent years, and New York, where she is opening a new master's degree program in textile design at the Parsons School of Design. In the past she spent ten years at the head of the Design Academy in Eindhoven, transforming it into one of the world's leading design academies. In recent years she has been cooperating with Caesar Stone in all aspects of home design trends.
While in the past Edelkoort declared "yellow is the new pink”, she now brings the pink back to the front of the stage, and says that pink is the new white; Not the bright, fashionable pink, or the "millennial pink" that captivated Milan's last design week, but rather the "Cosmetic Pink" - like a stroke of blush - that breathes new life into the home spaces.

"In the past 20 years the pink color has been very dominant, no one could have predicted what would happen next”, she says. "They said it was the color of babies, and when I said it was a color that men would wear too they thought I was crazy. But it happened, and pink had become a bestseller. Today there is even a pink salt, and I believe it will be the same in interior design. Look at the pink houses in Mexico: In architecture pink is a color that can be beautiful, even 'masculine'. It really becomes a 'real' color like white, black or red”.

When will we see it at home?

"Trends or trends in interior design behave differently from trends in fashion or the food industry, and their adoption takes longer. Interior design trends begin with the sofa, the soap, the tablecloth, the carpet, the color of the wall; in small apartments and not necessarily in large or new projects”. 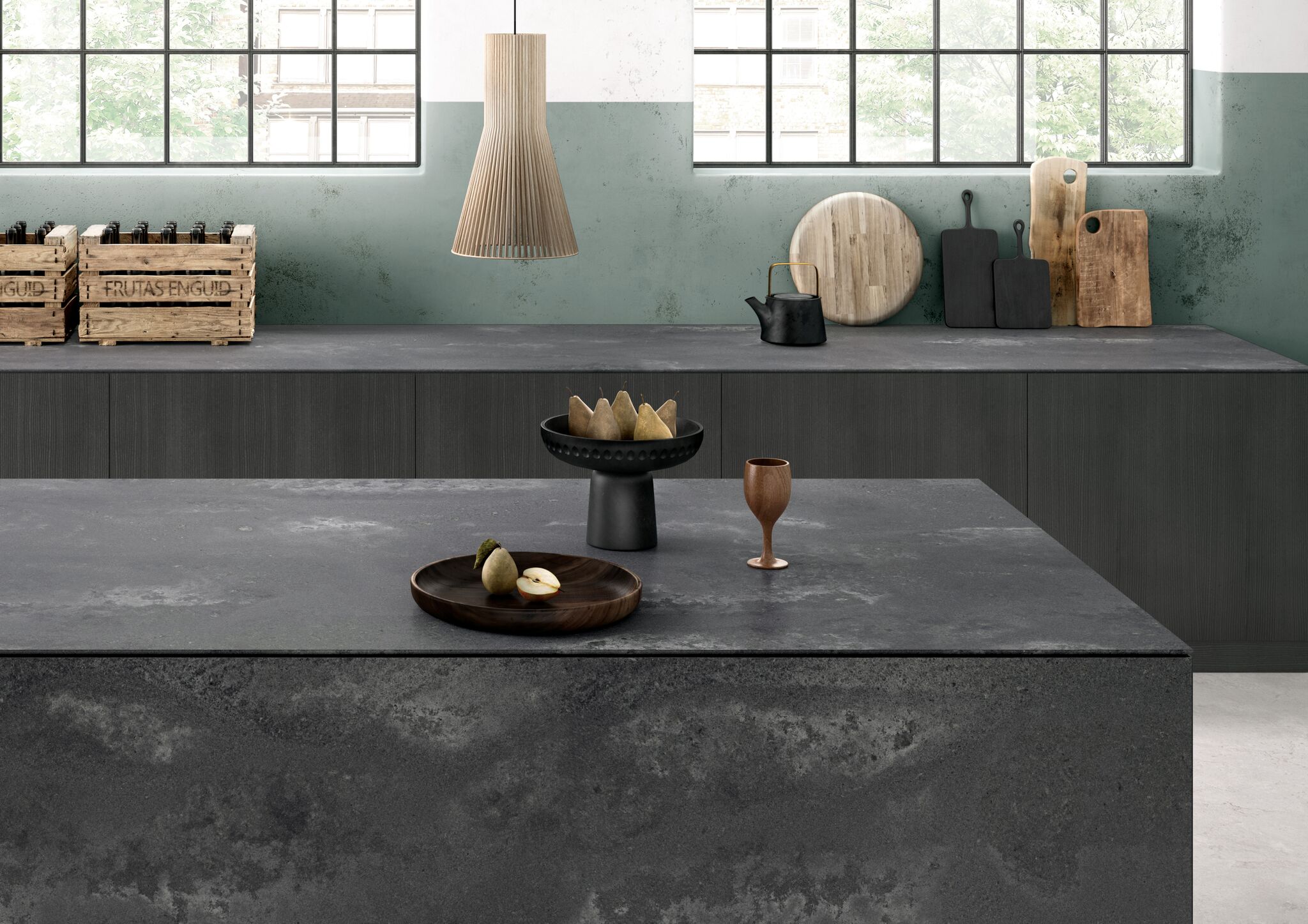 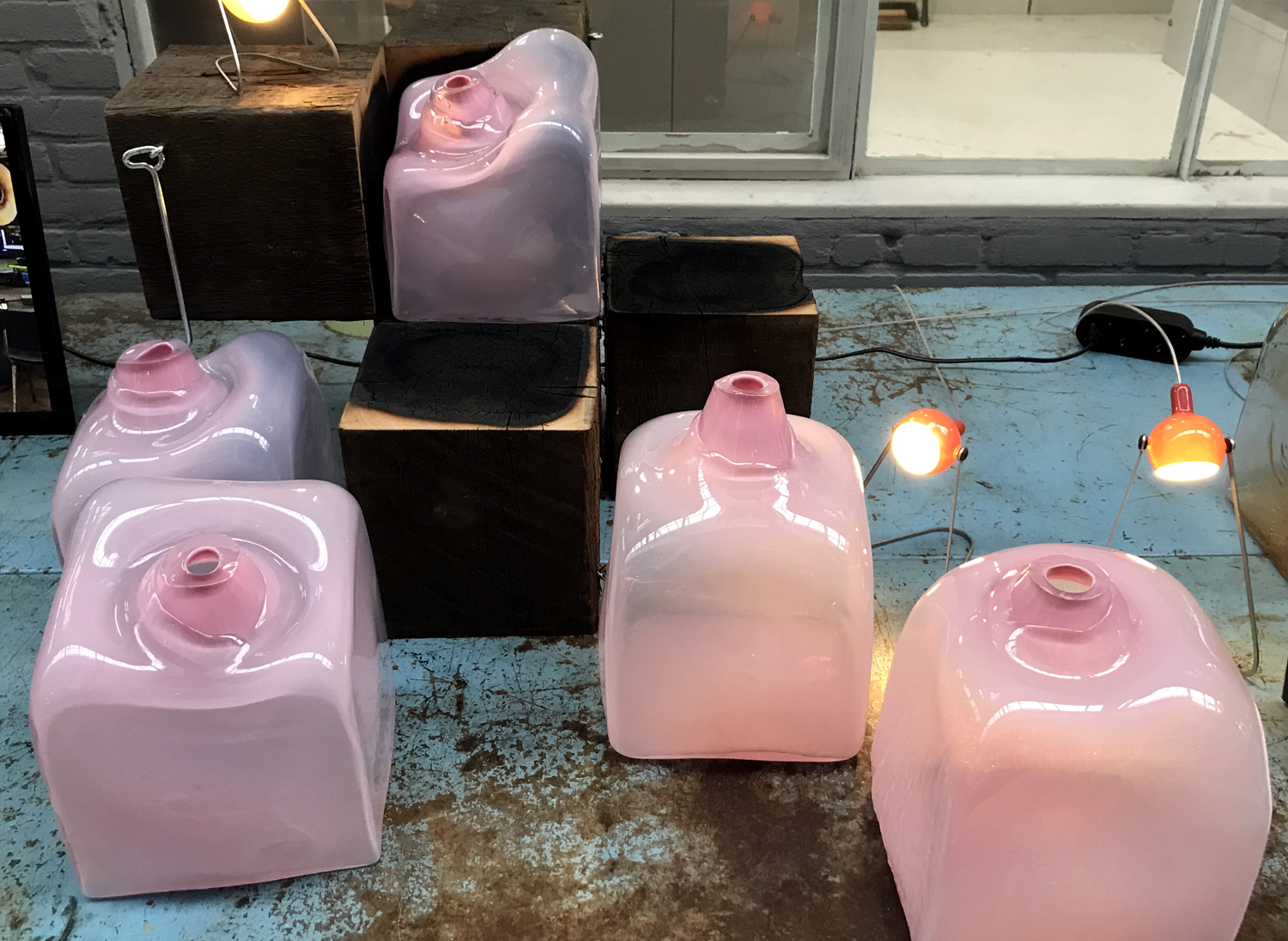 Another room that will change in the house is the bedroom, "the last one to come out of the closet”, she laughs. "People travel a lot more, sleep in hotels, and you can see the effect of this on the walls, floors, and beds. The floor becomes an important design element, with art displayed on the floor, which allows you to look at things in a brand new way. The bedclothes become “more grave”, with grey colors and touches of green that transfer a more natural feeling. In addition, we also spot a search for Spartan design: All hotels now have a pillow menu from which you can order flat and small pillows.

And of course there is the food, which always serves as an inspiration for everything we do. The effect of the hotels as a trend is reflected in having several kitchens in the house - a small kitchen in the office, a small kitchen in the bedroom, just like in hotels you can either go down to have breakfast in the dining room or fix yourself a cup of tea and eat something in the room”. 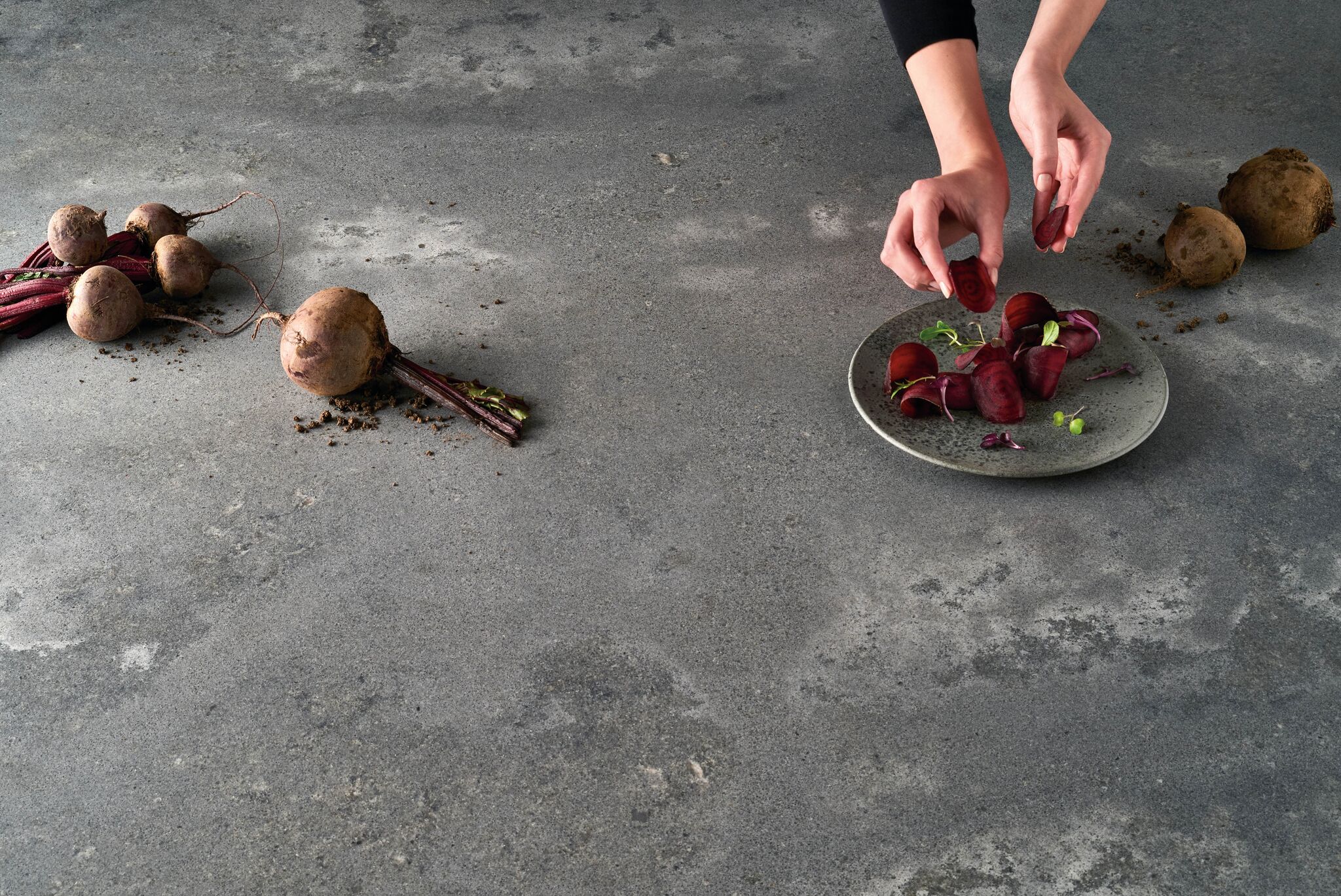 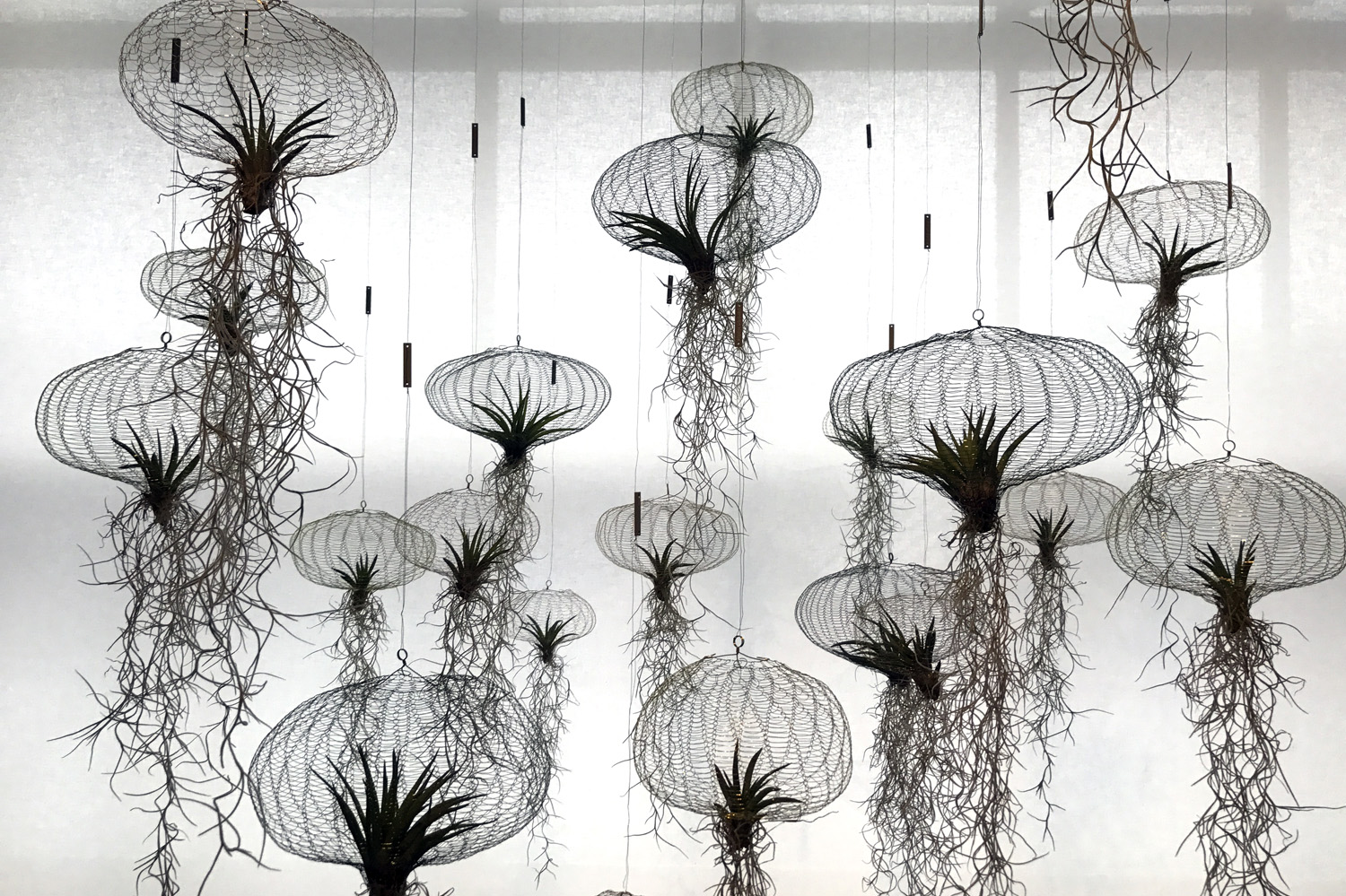 In line with previous years, tactility continues to be important, with the massive entry of home textile items, wall-to-wall carpets, tablecloths, as well as the revival of wallpaper. Everything is made of combination of materials with "an unfelt effort, so that the final result will not look perfect, as if the entire process had ended shortly before it was supposed to end. We are less interested in glittering and polished and are looking for something simpler. And because we keep using screens, our fingers become hungry. Designers all over the world use textures for cutlery, carpets, textiles, anything.

"We also see a lot of vegetation coming into the houses, especially among the younger generation who calls them 'urban jungles'. This is a generation that is less interested in owning cars, and prefers to buy things together, use Uber services, not understanding the desire of having a driving license. I had never seen it before. Maybe because we left the planet in a terrible situation for this generation, they understand it instinctively, and try to create a change. The most important thing at the moment is our existence: we are an endangered species, and the younger generation feels it. They tell parents not to smoke, not to eat meat, not to drive the car, to walk. They are my hope”.

"Kind of. I am pessimistic for the short term. I'm still drawn to a beautiful textile item or an unusually shaped spoon. You can still seduce me with nice food, with an invitation to an interesting conversation or an exciting movie. Not everything is cynical, especially among the younger generation, but we have to do less of a mess”.

"We are humanity, all of us, in one way or another. When you listen to people around you and talk to friends, you see that people are aware of it. It may not be much, but it's a start”. 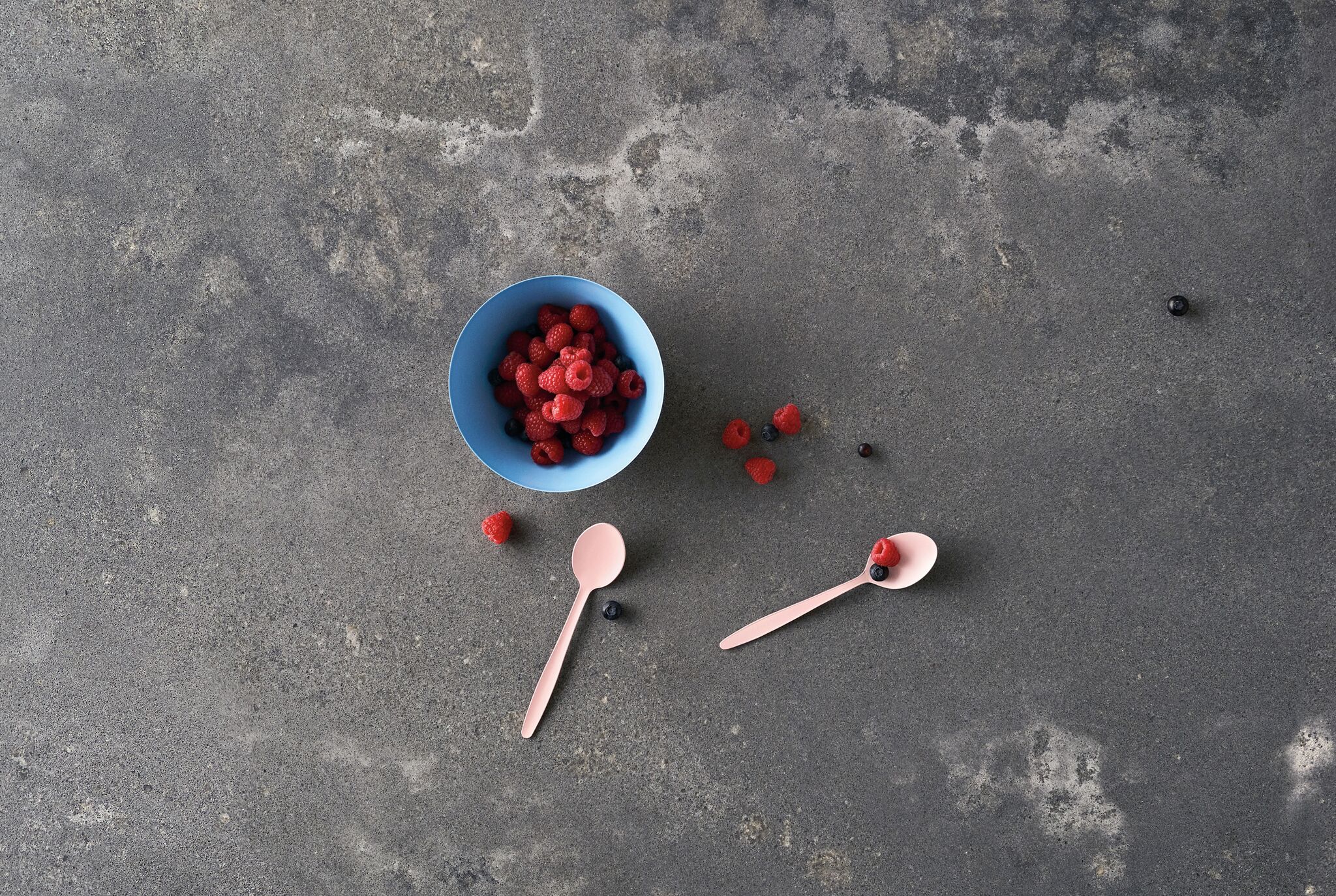 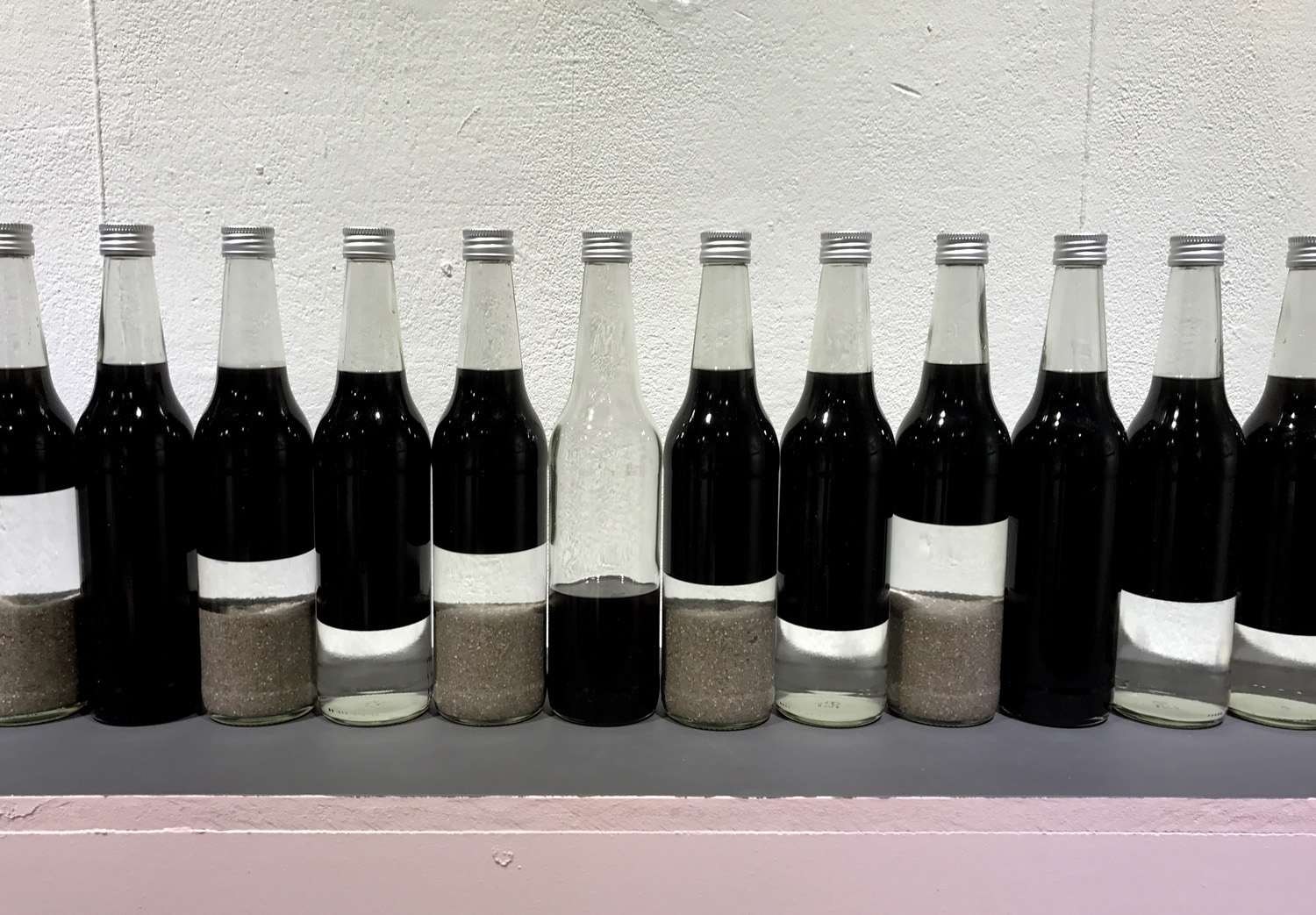 From the 2017 - Dutch Design Week Eindhoven – Photo by Yuval Saar